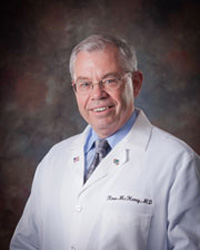 Dr Ross McHenry is a native of Cincinnati , Ohio . He and his family are presently residing in Northern Kentucky.

Diplomate, American Board of Gastroenterology –  November 10, 1987